Prime Minister of Bulgaria, permanent representative to the UN, ambassador to the US, observer in the European Parliament, Philip Dimitrov, 56, has been appointed Head of the EU Delegation in Tbilisi in 2010. He speaks about the role of the European Union in South Caucasus as an essential ‘peace factor‘.

What role does the EU play in the Caucasus region ?

In South Caucasus, European Union has tried to achieve a number of things in two directions.  One of them is the direction of the relationship between Armenia and Azerbaijan [the frozen conflict about the region of the Nagorno Karabakh]. The other thing which put Europe on the map in the region was its reaction to the events of 2008 [war between Russia and Georgia]. EU claims now to be one of the major factors for peace. 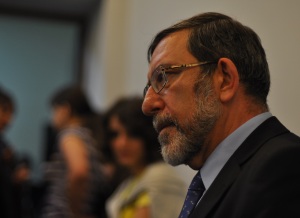 It is very difficult to discuss the present situation in Caucasus without discussing the role of Russia and even more difficult to discuss it without mentioning Turkey, too, because those both major players may have an influence on what is going on between Azerbaijan and Armenia. As for Russia, in fact, the question of the role of EU in conflicts in South Caucasus and conflicts depends greatly on Europe’s approach to Russia.

United States also have an influence on South Caucasus region but to what extent?

Yes, US are here. And at a period of time, it was even more than EU. It is however currently suffering through three serious problems. One of them is the start of a “reset” foreign policy with Russia. Second problem was that US had to pull back a little bit from the situation after 2008. Third problem is that US politics is greatly dependant on electoral cycle.

USA still spends a lot of money in Georgia, supporting the country financially but I am not sure that they claim to play a more active part than other international players. In the long run, whether US will try to take again a more leading role in cooperation with Georgia, I can’t say.

Do you expect the EU Monitoring Mission (EUMM) to stay in the separatist regions of Abkhazia and South Ossetia?

Since there is no sign of moving forward in this conflict issue , patience is inevitable in this status quo situation. I would always support the maintenance of the EU monitoring mission as long as another more efficient instrument isn’t found in this region. EUMM is extremely important for Georgia, I believe.  Even though this solution is a half-way this option still gives a feeling of security to the people living close to the administrative border. EUMM may have small cars and its observers may not be seriously armed but it is important to show the presence of the international community there.

Irakli Berulava is a busy man. Media expert, he is also a well known blogger, a journalist, film director and a producer. Berulava is  a production manager in Internews Georgia and representing Reporters Without Borders (RSF) in Caucasus.

“Gloomy”: that is exactly the word Irakly Berulava uses to describe the situation of medias in the South Caucasus countries. As an illustration, he cites the situation of TV stations, that is bad in all three countries. “In Georgia, the three major TV-stations – Imedi, Rustavi-2 and the Public Television-, are under the full control of the authorities. Still, in Georgia,two opposition TV-stations exist, even with limited coverage.” Georgian authorities also create a state-funded TV-stations like PIK (First Caucasian) and regional TV channel. In Armenia and Azerbaijan, TV is even more controlled by the authorities.

“The biggest problem of Post-Soviet journalism is the self-censorship made by editors”, Berulava says. “Most of editors are trying to remain in good relations with authorities and they don’t let journalists to write anything they consider interesting. And journalists mainly don’t have any choice, except continuing working in this self-censorship style, because of unemployment. Low wages are also problem for regional media and any media that is not foreign or state funded, so this reduces quality of its content”, – tells Berulava.

“Another great problem is closed minded mentalities and conservatism of Caucasian societies”, – continues expert. “Journalists prefer to write about religion but not about violence against non-conformist citizen and their voice remains silent. Major media ignored the case of the arrested photographers, and did not show any solidarity with journalists. Only one TV-station, “Maestro”, showed live from breaking down an opposition rally on May 25-26 in Tbilisi. At this occasion, journalists were beaten, but most of the journalists prefered to keep the silence about it”, – adds Berulava. 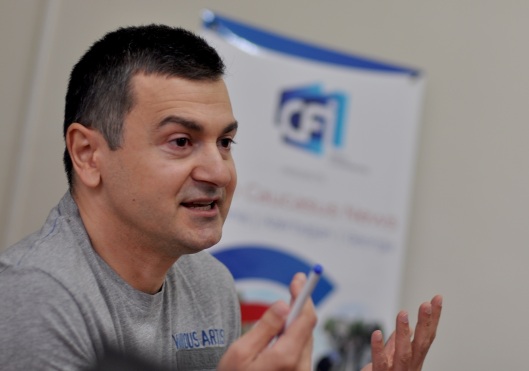 “The third biggest problem in the South Caucasus journalism is lobbyism and lack of transparency of media. Media turn to closed corporate entities, where the same faces work for decades. Generation is not changing and new stuff is mostly recruited from friends and relatives of chief editor of newspapers or TV director. In such a situation, the most vulnerable sections of society as cultural minorities, have no chance to be heard”, – Berulava says.

A Change Of Generations

Georgia has lost the chance that was given by the Rose Revolution in 2003 – thinks Berulava. “After the Rose Revolution, the opposition TVs became pro-government and many of others have been closed. Now the situation can change only if there appear new faces in the government. If they will be more open-minded, the young talented journalists will have more chances to show themselves, in all of three countries.”

However, during the last 5 years Berulava saw only “regressions” in this field. For the government, it’s more easy to control journalists, which will not write about anything which might be tricky. And journalists themselves play this game, mostly because of unemployment.

About the future of journalism on South Caucasus, Berulava intends to stay optimistic and calls for a generation change. “There always has been a small minority of open-minded and well-educated creative students, whom also called ‘liberals’ – in all three countries of South Caucasus. Today they also exist; some of them even study in Western universities. If generation changes, they will be chance to change the system”, asserts Berulava. It depends on who will come to rule, after the old faces are leaving journalism – people from the same system or new faces, 25-28 years old journalists. System shouldn’t reproduce itself”.

The Conference With Irakli Berulava In GIPA (and In Russian)

Nationality: Italian. Professional background: lawyer. Passion: human rights. Since April 2011, Caterina Bolognese, 39, is the new head of office of the Council of Europe in Georgia. Energetic and determined, she shares her vision about the role of this institution in the Caucasus.

How do you deal with your new role in Georgia?

I used to work for several years for the Committee for the Prevention of Torture, where I helped monitor the situation in prisons and detention conditions in many European countries. Today, I am directly facing political issues and it is sometimes tricky. I should practice more diplomacy!

Official representatives of the Council of Europe usually stay in a given country for about three years. I was warned from the beginning that it would take about a year to get to grips with the situation. You really need to have information from a broad range of sources to get things right. 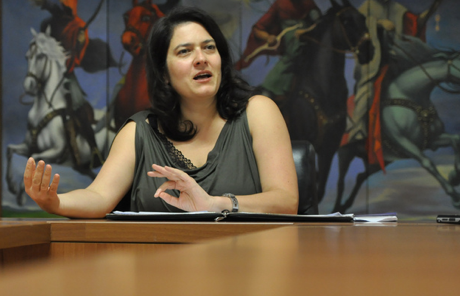 What is the role of the Council of Europe in the South Caucasus Region?

The protection of human rights, the promotion of democracy and the implementation of the rule of law are our priorities. The people and local institutions look to the Council of Europe for guidance, as an inter-governmental structure promoting and encouraging the respect of European standards, through a variety of monitoring and cooperation activities.

We are quiet achievers and sometimes remain in the shadow of other prominent actors. So we regularly have to remind others – and ourselves – of the important role the Council of Europe plays. We are an Organisation that tries to rise above geopolitical concerns and various actors’ struggle for influence in the region.

Is it difficult for you to get objective information about human rights or freedom of speech in Georgia?

It is difficult for me to say whether all the information I receive is objective: I try to get it from different sources and it is not my job to expose people who spread false information. Unfortunately, my lack of Georgian means I have to rely on sources in other languages or on help to understand sources in Georgian.

My role is to promote deeper cooperation between Georgia and my Organisation. To do this I speak to people and groups from different sectors of society. That way I can also help my colleagues in Strasbourg better understand the progress Georgia is making in terms of democracy, human rights and the rule of law.

One of the problems I find is how popular rumours seem to be – as everyone knows, sensationalist rumours can spread like mushrooms. I have even been told that Georgians love rumours more than the truth! A professional media, bound by proper ethical standards, can go a long way to improve the level of reliable information available.

What about freedom of speech in the Caucasus Region? What can you say about the recent case in Georgia of the arrested photo-journalists?

I can’t really comment about this case, as it is not my role to pass judgment in such situations. There are various monitoring bodies of the Council of Europe which might have something to say. But generally speaking, looking also at the past case-law of the European Court of Human Rights, the standard in this area is the following test: would the way the authorities handled the case mean that other journalists might, in future, feel less free to do their work?

I understand that the fact that the case was closed without a trial being held meant that people were left wondering about the case, and its implications on the freedom of speech. But freedom of speech is not only a challenge in the Caucasus – it’s hotly debated in many European countries, including my own!

Question Of The Day,