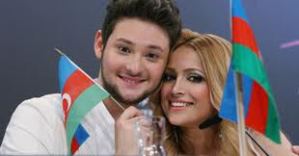 The Eurovision Song Contest 2012, for its 57th edition, will be held in Baku, Azerbaijan in May 2012. A golden opportunity to promote the country and maybe work on democracy.

The most expected event for 2012. After Azerbaijan’s victory in the 2011 contest with Ell & Nikki’s song “Running Scared”, Eurovision’s organization became like a family business. Ilham Aliyev, President of Azerbaijan himself, signed the order on implementing the “Eurovision-2012” song contest in Baku. The first lady, Mehriban Aliyeva, even became the Head of selection in the Organizing Committee. END_OF_DOCUMENT_TOKEN_TO_BE_REPLACED

On the 23rd of October, a magnitude 7.2 earthquake hits near Van in southeastern Turkey. Some buildings have collapsed and killed more than 400 people and trapped an unknown number under rubble.

Azerbaijan means “Land of Fire” in persian. The explosion of oil’s exploitation since the 19th century is largely contributing to the current economical boom of the country.

The turning point on oil production appears in the middle of the 19th century. For the first time in the post-industrial revolution world, oil wells were drilled in the district of Bibiheybat, then in Balakhani. In 1901, Azerbaijan took the first place in the world by producing 11.5 millions tons of oil per year; – 9,5 millions tons in the USA-. This beginning of modern exploitation of the oil fields led to a period of unprecedented prosperity and growth in the years before World War I.

Such high production of oil ensured the victory of the Soviet Union in Second World War.  The regular discovery of new offshore oil fields, in the fifties and then in the 70-80’s, led the Republic of Azerbaijan and Caspian Sea in becoming the leader of world oil’s producers.

END_OF_DOCUMENT_TOKEN_TO_BE_REPLACED

Wine tourism and its industry are booming in Georgia, supported by the Saakashvili government, who considers wine production as “a passport to civilized world”.

“Gaumarjos!” (-Cheers-) Gia Aliashvili is a wine producer from Kakheti, eastern region of Georgia. His vineyard and his cellar are becoming a must-destination for tourists interested in harvesting and wine production process. During autumn, Aliashvili is always happy to welcome foreigners in his “marani” -cave-. END_OF_DOCUMENT_TOKEN_TO_BE_REPLACED

After harvest, it’s music time in Kakheti, a region located in the Eastern part of Georgia. Telavi re-opens its International Music Festival from 16th to 23rd October.

Telavi International Music Festival saw its rebirth in 2010, after being dormant for almost 20 years. It is in the eighties famous Georgian musician Eliso Virsaladze  founded ‘Telavi music festival’ – then known as “Keba Vazisa” (Praise of Vine).

Governor of Kakheti, George Gviniashvili, said the festival aims at promoting Kakheti’s region. “The revival of this great tradition is especially important for Kakheti and the whole of Georgia, since it serves the high-art population, but also underscores the value of Telavi as one of the cultural centers of Georgia. It will also help to promote the centuries-old unique culture of our country”.

On October 7, 2011, the billionaire Bidzina Ivanishvili made public statement about coming to Georgian politics, officially candidating for the presidential elections of 2013. A declaration that is causing lots of critics from the Saakachvili government.

Police’s reform was one of the most important consequence of the Rose Revolution, in 2003. In every district of Tbilisi, as well as in regions, police stations have been completely renovated and are transparent.

Georgian police was long reputated as one of the most corrupted police in South Caucasus. After the reform in 2003, half of the police effectives were fired or putted into jail. Georgia now has 30 000 policemen after Rose Revolution.

The architecture is very symbolic : buildings are transparents, opened, with large windows. Completely made of glass, those buildings are supposed to prove that the democratical process in Georgia is open and transparent for everybody. Decreased percentage of corruption and crime are the main achievements Georgian government is proud of.

Compared with 2006, the confidence of local population in the police has increased to 70%. According to official statistics, over the last two years, the percentage of robbery in Georgia decreased with 43%, and murder with 17%.

The recent wave of eviction of Abkhazian refugees in Georgian capital Tbilisi is provoking the indignation of human rights associations.

Liziko Kaulashvili is a not refugee. But an “Internally Displaced Person”, a more politically correct term used in Georgia to describe the tausends of people evicted from the separatist regions of Abkhazia and South Ossetia since the independence of the country in 1991.

Liziko comes from Ckhinvali. After the Georgian-Abkhazia conflict, she left the region and started living with her two little children in Tbilisi. END_OF_DOCUMENT_TOKEN_TO_BE_REPLACED

Many old houses located in the historical center of Yerevan started to be totally destroyed after the construction boom that took place in Armenia in the mid-2000s. Their inhabitants are progressively evicted by the real estate promotors, with the complicity of local authorities.

Street Yeznik Kogbatsi, the house of the family Manukian is one of the last reminiscence of the old town of Yerevan. The tiny two-storey house, made of wood, is now surrounded by two recently built, luxurious and high buildings. The laundry dries in the sun, near by construction work. END_OF_DOCUMENT_TOKEN_TO_BE_REPLACED 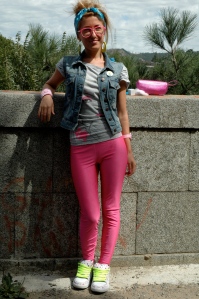 Between 13-16 October 2011, Tbilisi will be all blitz and glamour instead of rockets: designers, buyers, models and fashion hype gather in the Georgian capital for the second edition of fashion week.

By Guler Mehdizade and Ovsanna Bagumyan

But frivolity might have been harder to implement in Georgia. ‘Organising fashion events, especially during an economic crisis, is difficult.’ END_OF_DOCUMENT_TOKEN_TO_BE_REPLACED